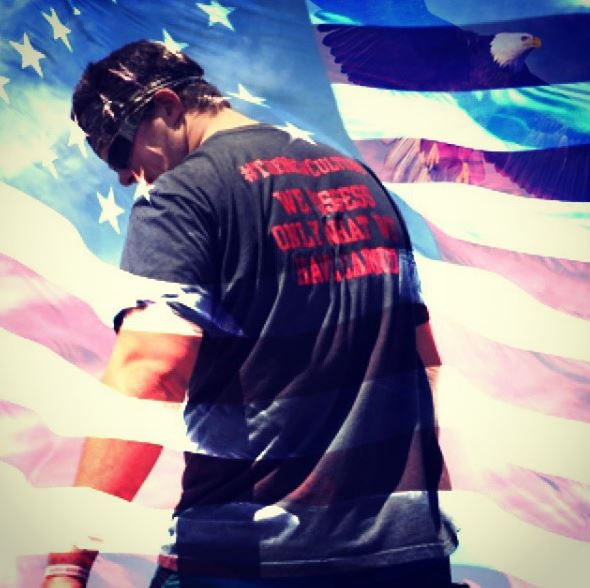 In my relatively short time here on earth, I’ve been blessed with countless opportunities and experiences most people can only dream of. The occasional academic, athletic, and family adversity notwithstanding, my life has been a relatively carefree event. Not long ago, I believed myself to be the sole architect of my success. Whatever hardships I endured were merely bad luck, or collateral damage from some other individual’s thoughtlessness.  Looking back, nothing could be farther from the truth. The uncomfortable truth of the matter is I had largely nothing to do with my own successes, and much of the aforementioned adversity I’ve experienced was largely self-inflicted. Like a dog straining against its leash to chase passing cars, I sowed the seeds of self-destruction through poor decisions while my friends and family fought to keep me on the straight and narrow.

Such a realization is both humbling and frightening. I did not play Division I football at one of the best schools in the country because of my innate talent or ability; I was blessed with such an opportunity because my parents, teachers, and coaches sacrificed countless hours to give me that chance. Whatever athletic and academic skill I possessed was merely a product of their dedication. While I was focused on having fun and being accepted as a “cool” kid by my peers, these people had the wisdom to look into my future and do their best to make a smooth road for me to travel. What did I do to deserve such selfless love? Absolutely nothing – that’s the humbling part. How did I repay their dedication and sacrifice? By trying my best to undo every opportunity and advantage they worked so hard to provide. Realizing just how close I came to accomplishing that undoing is the frightening part.

I’ve been kicked out of school, nearly drank myself to death, squandered what little money I earned, burned plenty of bridges and ruined relationships by my own arrogance, battled depression, and blamed everyone but myself for the suffering that naturally followed. Hubris is an ugly thing; as my friends and family tried to help me out of the hole I dug, I convinced myself that it was their overbearing nature that had put me there in the first place. I would solve my own problems, alone. The more I shunned their support and scoffed at their concern, the deeper I dug.  That strategy led, understandably, to me being a morbidly overweight unemployed college graduate with little in the way of marketable real world skill or experience. By the grace of God, there were still those who saw potential in me.

I floated aimlessly through post-collegiate life – talking big about my plans to join the military and follow in the footsteps of our country’s greatest heroes yet doing little to accomplish that goal. Then one day, a good man took a chance on me and offered me a job. Whatever potential he saw in me, I can only speculate. Perhaps it was the fact that despite my countless faults and failures, I could still “pick things up and put them down”. His plans were ambitious – having achieved the highest successes in his profession, this man intended to start a brand new career from the ground up rather than rest on his laurels. Over the next two years I witnessed the passion, dedication, and selfless work ethic he brought to work every day. The culture he built was infectious, and the more I watched the more my eyes were opened. I saw how he devoted himself to mentoring and coaching others, sacrificing for his athletes the same way my parents and coaches sacrificed for me.

Personal change is never a linear progression – for every improvement there are often setbacks. Slowly, painfully, I began to see how thoughtless and arrogant I had been. Fortunately for me, my boss afforded me the same patience and understanding he so willingly gave his clients. Offering both encouragement and admonishment when necessary, he opened the door for me to unlock my true potential. I began to set and accomplish goals that only months prior were pipe dreams. Success in addicting and contagious. The more I achieved, the more I hungered for bigger and tougher challenges to attack. Most importantly, I found myself itching to sacrifice for and mentor others and help them find their own success.

A good friend once told me that becoming a man is a lifelong journey, not an overnight event. I was a cocky sixteen year old at the time, and didn’t think much of this sage advice. Almost a decade later, I know this to be true. Life, like competitive athletics, is a game of mistakes. No matter how well you may prepare for any part of it, there will always be unforeseen events that result in adversity. The way we handle such adversity dictates whether or not we are ultimately victorious. Those that have the humility to learn from others, reflect on their own shortcomings, and dedicate themselves to improving their own weaknesses are the ones who find the greatest success. Ultimately, no victory in life or athletics is a one-man effort. We are not independent, but rather interdependent. Embrace those family members and friends who have your best interest at heart, no matter how much they may drive you crazy at times. Repay their sacrifice and love in kind. Sacrifice that next round of drinks, that unnecessary night out, that impulse purchase, or that selfish desire for a more fulfilling and successful life. In the end, you will make mistakes and dig yourself into plenty of holes – just have the humility and emotional strength to learn from them. I am a proud product of The New Culture.