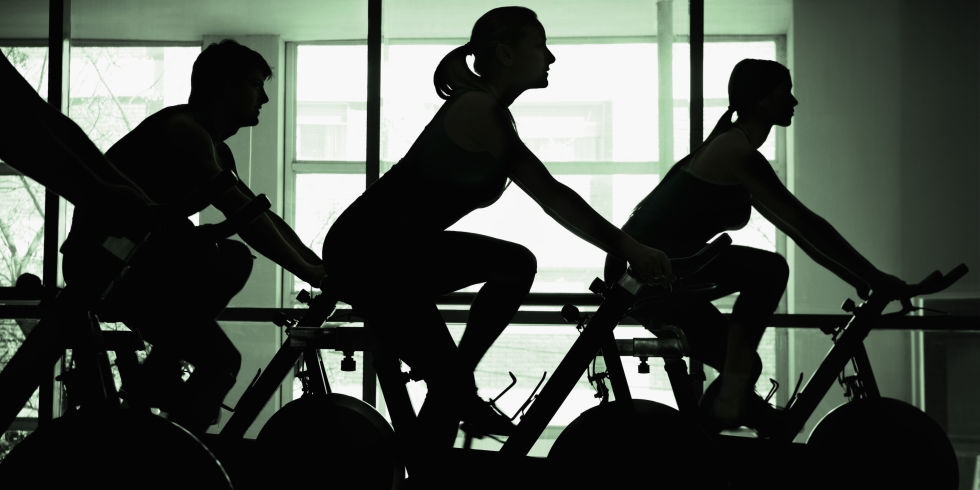 History suggests that the wheel was invented to make life easier. The Mesopotamians called dibs on the potter’s wheel dating back to 3500 B.C. – a mere 3000 years before the wheelbarrow and another four thousand years before the chariot. Conventional exercise physiology authors teach us that cyclists have strong quadriceps, hamstrings, calves, glutes, and hip flexors. For the purpose of this blog, I offer these two thinking points; the wheel is worsening your athletic career and spinning leaves you tight, weak, and susceptible to a knee injury. Before you spend another $35 spinning your way to the sidelines of senior day, tap into a moment of reading and head over to the gym for a workout that doesn’t require the assistance of a wheel.

We’ve all heard it before. Your hamstrings should be at least 60% as strong as your quadriceps, right? The conventional Hamstring to Quadriceps strength ratio (H:Q) is as old as the day is long. Update: It no longer applies. The problem with this ratio is that it is a concentric ratio only. The hamstring strength is measured against the quadriceps strength while both are in shortened contractions. Unfortunately, to effectively stabilize the anterior draw of the tibia, these muscles need to oppose each other’s action. In landing from a jump for instance, the quadriceps will lengthen while the hamstring shortens. Undoubtedly the most important strength variable in the lower leg is the eccentric (lengthening) strength of the quadriceps muscle – so why then, is the shortening phase of the quadriceps the most widely focused upon contraction in ACLR rehabilitation protocols, injury prevention programming, and return to play testing?

What does this have to do with spinning? The three most important muscles required to prevent an ACL injury are – in this order, hamstrings, quadriceps, and gluteus medius. More specifically, quadriceps lengthening strength, hamstring shortening strength, and gluteus medius stabilizing external rotation. Conversely, the spin bike shortens and strengthens the quadriceps which will pull the tibia forward, disengages most of the hamstring shortening contraction due to a lack of motion at the knee, allowing the tibia to slide further forward, and completely shuts down the gluteus medius by promoting the natural genu valgum of the knee while the forefoot is in a fixed position on the pedal.

Additionally, the three most beneficial kinetic movements to yield the greatest muscles recruitment are heel strike, triple flexion, and triple extension. As you can see in the illustration below, spinning yields muscle recruitment through excessive quadriceps shortening, gluteus maximus shortening, calf shortening, and hamstring shortening.

Additionally, complicating other injury predispositions to the upright athlete but irrelevant to the ACL, are shortened hip flexors, shortened iliopsoas, and shortened IT Band. Spinning is an absolute precursor for injuries to upright athletes. Athletes who may be able to withstand the demands or get away with the lack of development that the bike provides include elite hockey players, rowers, cyclists, and golfers.

Yes, spinning does offer some nice non-weight-bearing metabolic benefits but as with many aerobic activities, without the presence of fast twitch, concentric/eccentric relationships, there is very limited sport appropriation and almost no injury prevention component.

I would confidently go as far as to say, that is spin class is your primary training methodology, it is more likely than not that you are at an increased risk of suffering an ACL injury. Take it from Uncle Joe, spinning is for recovery only. If your parents think those spin classes are expensive, wait until that scholarship gets pulled.